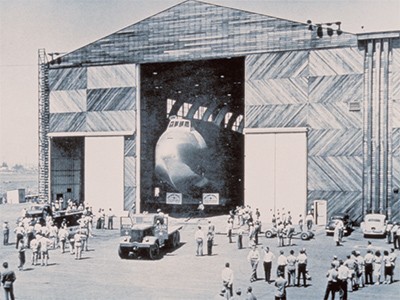 From the first inhabitants, the Gabrielino/Tongva Indians, and European settlers in the 1700s, to the Rancho La Ballona cattle ranch in the 1800s and a large dairy farm at the turn of the 20th century, this land has a rich and varied history. In the 1930s and 40s entrepreneur and visionary Howard Hughes created an aerospace empire here, where he designed and built the “Hercules,” also known as the “Spruce Goose.” At 319 feet and 11 inches, this precursor to today’s jumbo jets still holds the record for the largest wingspan of any plane ever built.

By the mid-1990s, Playa Vista converted the former Hughes Aircraft hangars, including the one that held the Spruce Goose, into Hollywood sound stages. Scenes from movies such as Avatar, Transformers, Iron Man and Titanic have been filmed at Playa Vista.

From the defining innovation that led to jumbo jets to the hub for innovation it is today, just maybe this place has always been ahead of its time. That meant a new style of intertwining thoughtful architecture, parks, social connectedness, open space and technology with some of the best urban planning principles to make way for a new kind of community. The place we once dreamed of has now grown up and we’re excited to share it with you. Today, Playa Vista has reimagined life on the Westside and blends open space, recreation, entertainment, shopping, dining, tech and new homes. With a sense of connection all around and signature events always happening, it’s no wonder Playa Vista has become the address of choice.

Part of the legendary parcel of land that once gave rise to Howard Hughes’ aerospace empire has transformed into Runway, a large-scale mixed-use center offering unique shopping, dining, entertainment and living space in the heart of the Playa Vista community. The Campus, also formerly part of the aerospace empire, has become fertile ground for innovation and connection – and the design and architecture makes that clear. From titans like YouTube Space LA and IMAX to creative powerhouses like 72andSunny and USC’s Institute of Creative Technologies, Playa Vista has become the Westside address of choice, a “Silicon Beach.” 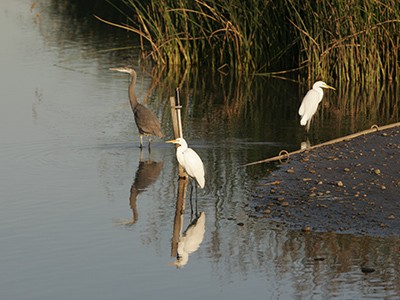 Playa Vista was the first community in the United States to be awarded the Environmental Protection Agency’s ENERGY STAR® prior to construction because of its trendsetting Sustainable Design Guidelines. Recognized statewide for its model construction-recycling program, Playa Vista has achieved better than a 90% recycling rate from its ongoing construction operations since construction began in 1998. Additionally, 92% of the materials recovered from the decommissioning of the former Hughes Aircraft plant have been recycled as new roadbeds and other building materials. Building materials such as insulation, gypsum board and cabinets utilize only nontoxic paints and finishes to improve air quality. 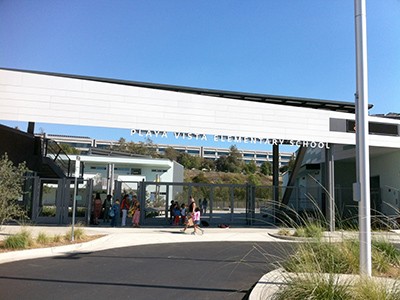 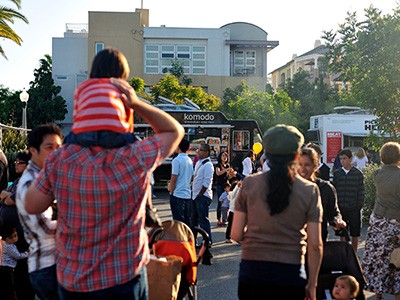 The developer of Playa Vista, Brookfield Residential, strives to create the best places to call home. Their team has the passion, expertise and the local knowledge to craft homes and neighborhoods that speak to homebuyers at every stage of life. At completion, the community was turned over to the Master Association, managed by Seabreeze Management Company. Visit BrookfieldResidential.com for more information.