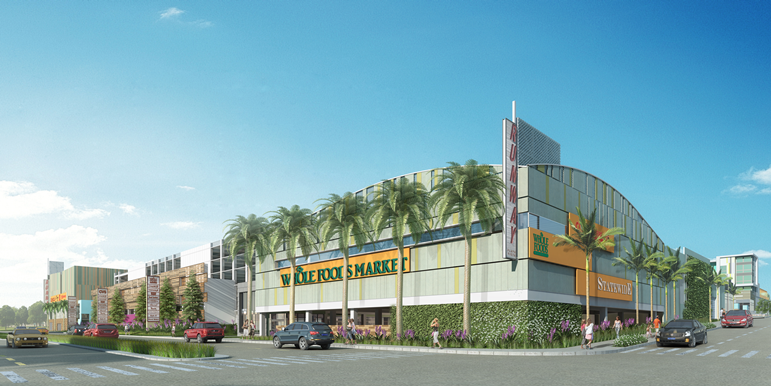 ‘The physical incarnation of the new L.A.’ gets ready for launch

It isn’t every day that the leader of a sprawling metropolis takes time out to preside over the grand opening of a movie theater.

But this wasn’t just any multiplex, Los Angeles Mayor Eric Garcetti would explain.

Last Thursday the nine-screen Cinemark Playa Vista and XD theater became the first business to open in Runway at Playa Vista — the $260-million retail and entertainment complex that, by linking the 460-acre development’s burgeoning technology mega-center to what will eventually be 6,000 new homes and apartments, completes Playa Vista as essentially a city unto itself.

Less than two years after its April 2013 groundbreaking, Runway is only months shy of substantial completion. A 36,000-square-foot Whole Foods Market is set to open as early as May. Sixteen other businesses — restaurants, banks, fitness centers, salons, a CVS pharmacy — are opening between April and late summer…

Read more from The Argonaut here.