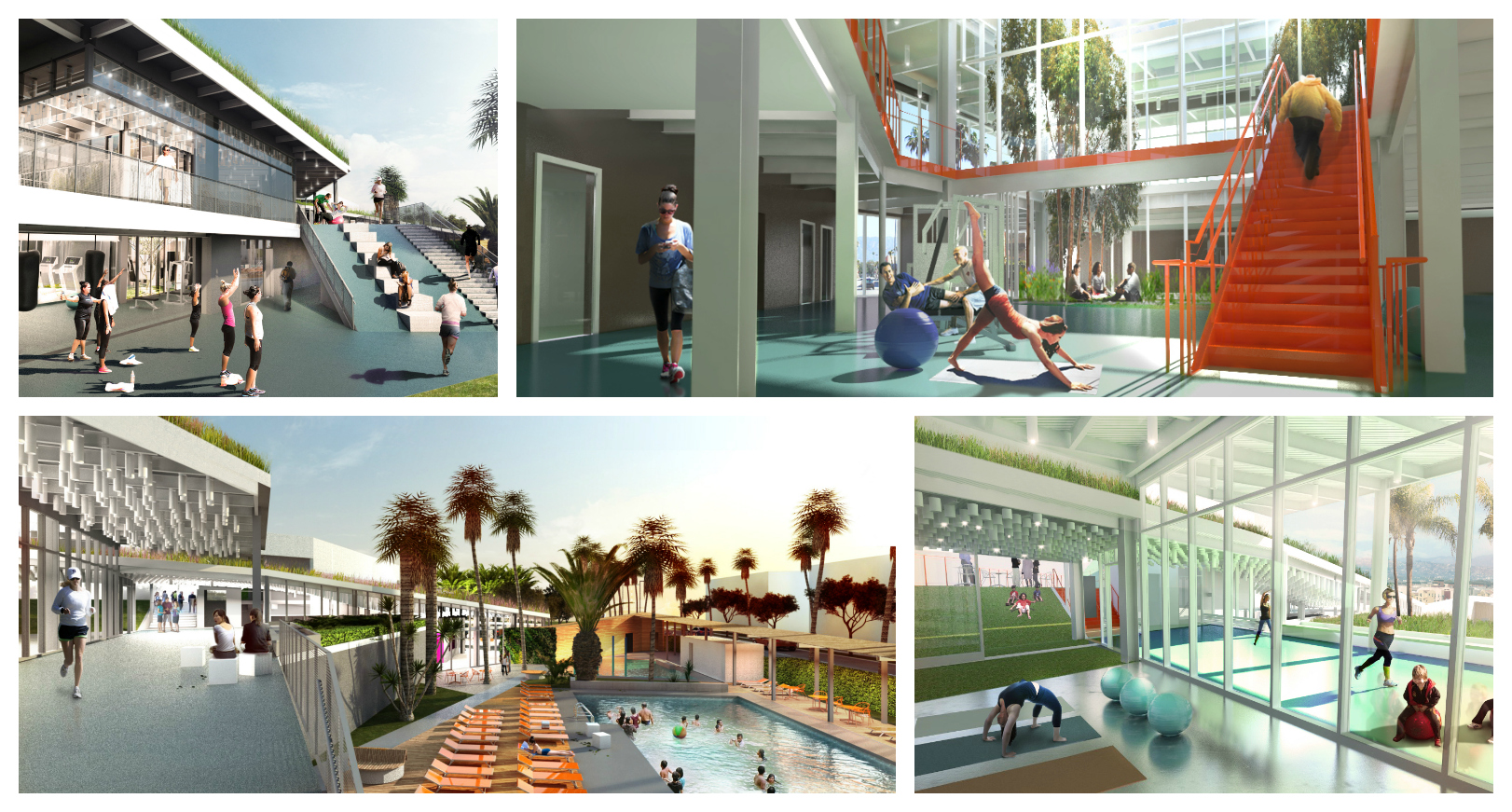 “There have been changing demands in what consumers want in their living spaces, and that is increasingly being reflected in the fitness amenities,” said Josh Lloyd, vice president for the West region of the national residential developer Wood Partners, whose newest project is 8th+Hope in downtown Los Angeles. “People are moving away from a standard gym with fitness equipment towards interactive classes, and we wanted to infuse that type of exercise in our gym space.”

The idea, say developers, is to provide enough attractive fitness options on-site so that tenants can forgo a gym membership entirely. And with homeowners’ dues in excess of $1,000 a month at some for-sale-only residential towers, the savings would be welcome.

Nathan Jon Hamilton, 42, who recently moved into the Vermont in downtown L.A., said that its fitness facilities “are on a par with anything you’d find at a $150-a-month gym.”

“I belong to one of the nicer gyms in L.A., but now that I’m not as close to that gym as before, I found the one in the building offers everything I would need,” he said. Hamilton, a business development manager for a plastics manufacturing company, still takes classes at his old gym. “But when I don’t have 20 minutes to get there, at least there is this brand-new gym with beautiful equipment right here in the building.”

Below are some fitness options available in new developments.

What: Los Angeles’ largest new residents-only recreation center. The 10,000-square-foot gym is part of a 25,000-square-foot, two-story glass-walled facility called the Resort: 35 bikes, 16 treadmills and a track run are just some of the extensive offerings. The Resort’s “director of experience” will be on hand to coordinate personal training and classes that will include yogalates, boot camps, barre and water aerobics.

When: The Resort and some of the residences open in October.

What: Architect Michael Maltzan has created what is being described as the city’s longest building, running nearly a third of a mile. The third-floor fitness center, with views of the San Gabriel Mountains, has a zero-edge pool, saltwater whirlpool and studio for elliptical yoga and Spin classes.

Where: The Vermont, corner of Vermont and Wilshire

What: High-tech cardio and strength-training equipment, a separate Spin room and yoga/meditation room. Also an infinity pool and outdoor spa set on a rise in the gardens.

When: Opened in May.

What: This new luxury development — the top-priced penthouse sells for $10 million — was built by the Related Group, which owns the Equinox fitness clubs, so fitness was a priority. A yoga studio is part of a compact yet sophisticated gym that allows in plenty of natural light and overlooks the ocean. A concierge will schedule personal training sessions and a large pool deck is designed for outdoor fitness classes.

When: Opened in August.

Where: 8th+Hope, on the corner of 8th and Hope streets, downtown Los Angeles.

What: A cardio room has Technogym equipment on which users can keep a record of their routine and progress and compete with one another. A separate strength training room will feature CrossFit equipment and kettle bells. A partnership with a neighborhood trainer will result in kickboxing, yoga, Zumba and other classes.

When: Opened in August.

What: Outdoor fitness areas and lavish spa touches, a shaded yoga terrace and fitness equipment all contained within a 10,000-square-foot amenity deck. There will also be a juice bar and sauna. The focus, say developers Trumark Urban, is on “indoor-outdoor fitness.”

When: Ground breaks in December, with occupancy beginning